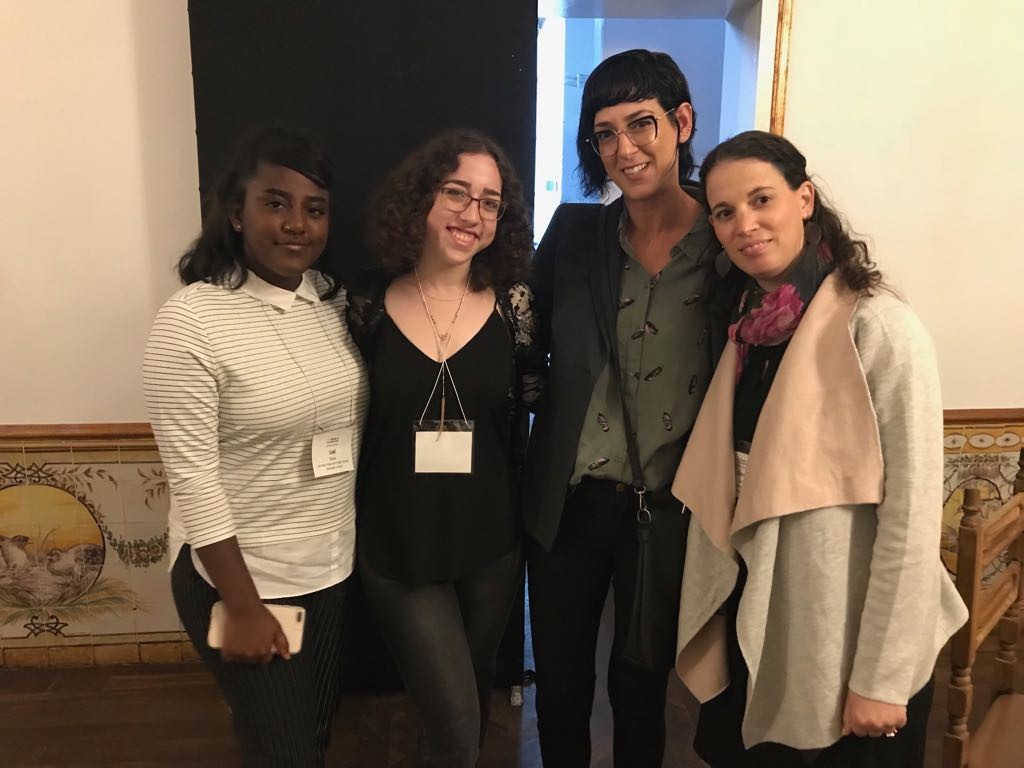 As part of the BTE (Bridge to Employment) Project, now in its second year at the MSP (Medical Sciences Programme) class in Sci-Tech Alon High School, Yoqne’am, two 11th-grade students – Lihi Levy and Liel Dasa – attended the project’s annual convention, along with the project’s coordinator Ms. Michal Shahar, and Johnson & Johnson’s Israeli representative, Ms. Osnat Stern. The convention, organized by the FHI360 Company, took place this year in Lisbon, the capital of Portugal. 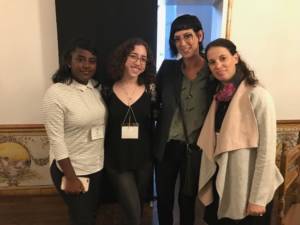 The convention’s participants included 22 students, 15 representatives of various associations and foundations, and seven Johnson & Johnson representatives from the USA, Europe, South Africa, and New Zealand. This time, the convention was also attended by a big delegation of FHI360’s management team, as well as BTE Project’s initiator and founding father, Mr. Michael Bzdak.

The convention was an opportunity to share accumulated lessons, success stories, challenges and future prospects, as well as networking and reviewing procedures. All this was done in roundtable-style discussion groups which maintained effective and respectful discourse, covering various topics with varying participation. In addition, the convention introduced unique activities and new tools meant to cultivate the pupils’ engagement and motivation. The participants also got a taste of the local Portuguese culture. 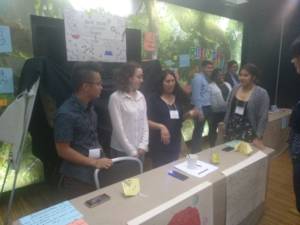 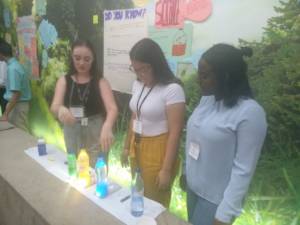 The unique Israeli programme drew a lot of interest and inquiries amongst all participants: the way it maintains the students’ motivation, the outstanding cooperation with volunteers from the Israeli branch of Biosense Webster, Inc., the extensive variety of activities, and the tendency to think out of the box. Our MSP (Medical Sciences Programme) class is the only one of its kind in the whole of the Middle East. It aims to increase the number of students who make it past the threshold for academic studies, with an emphasis on academic courses in the fields of medicine, paramedicine, and science.

During the convention, The Israeli Sci-Tech students took part in a series of workshops to complete a challenge called “What Is Culture for Me?”, and earned a digital badge (awarding credit points for admission to higher education – albeit not in Israel) for demonstrating curiosity, recognizing cultural challenges facing them and the other students, combining multiple perspectives, and exhibiting self awareness. 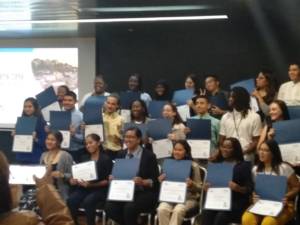 For the duration of the convention, the students were teamed up with female representatives from other countries, living together in the same dorm room, which enhanced their experience:

“the experience in Lisbon was very empowering for us. We learned a lot about acceptance, about showing interest and asking questions. We got to see new places and to experience new things in many different areas. We met some amazing students, and despite – or maybe because of – each of us having our own unique traits, we became one big family.”

“We learned not to be wary of expressing ourselves, to be open to new ideas, and to listen to others, we never thought we’d get to be in such a place, and to have the privilege of representing our school.”

“We will never forget this special journey…”

Project coordinator Ms. Michal Shahar: “Many thanks to our partners for their trust in choosing our school, for their partnership in developing and supporting the programme’s implementation: to Yoqne’am’s Mayor Mr. Simon Alfassi, to Sci-Tech Network’s Director General, as well as Mr. Avi Aviram and Mr. Ido Schwartz, and to Biosense Webster Israel, Inc. I would like to thank the homeroom teacher Ms. Ma’anit Dadon who leads the class, and the principal of Sci-Tech Alon Yoqne’am, Mrs. Ada Evercohen Shemesh, who keeps showing us that even the sky is no longer the limit.”