A teenage girl, her head covered in traditional Bedouin scarf, leans into the computer screen where she sees her new friends and, speaking Hebrew, says into her microphone, “Hi, my name is Miriam and I’m from the village of Um Batin in the Negev. Nice to meet you all.”

Miriam was one of a group of Jewish, Arab, Bedouin and Druze students taking part in a first-of-its-kind pilot, initiated by three partners – Israel Sci-Tech Schools, the Shimon Peres Center for Peace and Google – to promote co-existence. 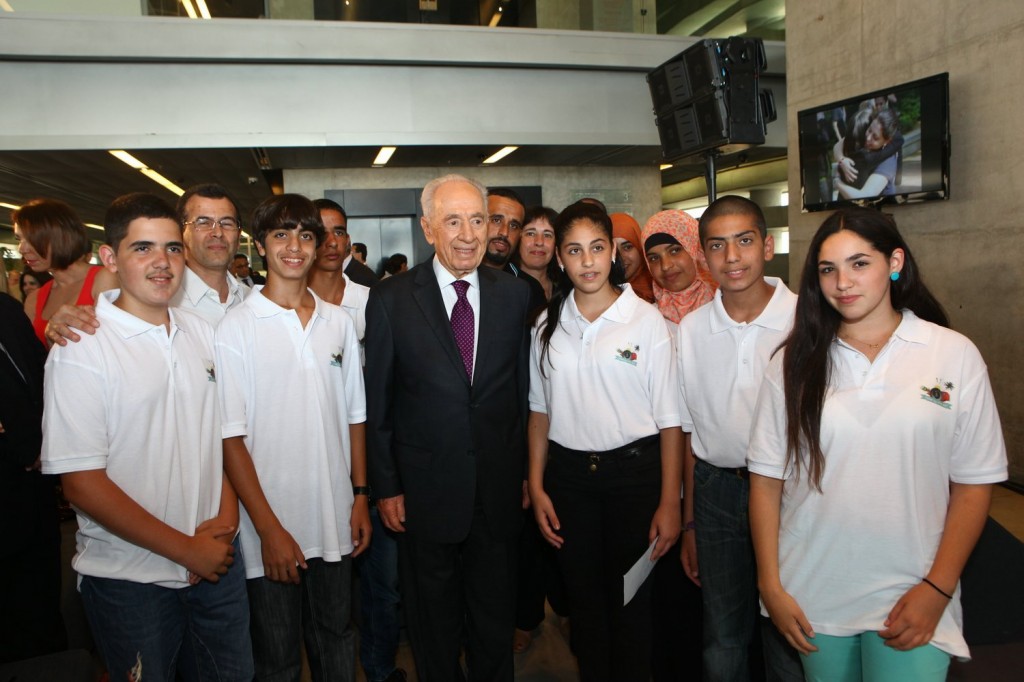 The pilot represented a merging of Israel Sci-Tech Schools’ dual focus: preparing young adults with good values and tech education for the new world of work.  Students connect online Google ‘Hangouts’ for an exciting six months and then met in person.

“The goal is to create peace without borders,” says Dr. Eli Eisenberg, Israel Sci-Tech Schools’ Senior Deputy Director General, “to create dialogue among 150 of our Jewish, Arab, Bedouin and Druze students across Israel – human to human, without borders of place, time, culture, religion or politics.”

With 205 schools and colleges, and accustomed to large-scale initiatives, the Israel Sci-Tech Schools Network draws students from all communities.

Professional peace education instructors led the groups, which worked at online and offline projects, and then met face to face to present their projects.

Student Shai Tadmor Smadarov, of Kiryat Motskin Sci-Tech School, said that even though initial exchanges were on a screen, “the first time we met them on the Hangout it was very awkward and embarrassing.”

Barriers soon evaporated. “Even though we live only a 15- or 20-minute drive from each other, we don’t really communicate with each other,” said student Yael Rosenthal. “[Now] all we have to do is connect to a computer whenever we want, wherever we want, and we can simply talk to them.”

Their online project was to produce a video together. Students filmed everyday scenes from their lives.

“Everyone filmed a small part of his life, and that way, we learned more about each other, whether it’s in a school corridor or playing a guitar,” said Shai. “I loved that each film was taken from a slightly different angle and a different school, but all at the same time.”

The entire group met twice, at Google and at the Peres Peace Center, in celebration of President Peres’ 90th birthday. They met President Peres himself.

“It was a very moving occasion and great honor for me to have met him in person,” said Sapir Oster, from Kiryat Motskin Sci-Tech. “President Peres spoke to us and told us how important these meetings were, and that we must learn to communicate with one another.”

Students’ enthusiasm spoke volumes of the success of this project.

“I think the goal of the project was to accept the opinion of others and respect the religion, beliefs and opinions of others,” said Rula Jamal from Israel Sci-Tech Schools’ Druze school, Hilmi Shafi Sci-Tech. “Technology helps us meet new people, connect with them and keep in touch.”

“It’s very exciting to meet people who seem different from us but are actually very similar to us, and become great friends,” said Yonatan Yosefzon of Yoqneam Sci-Tech School. 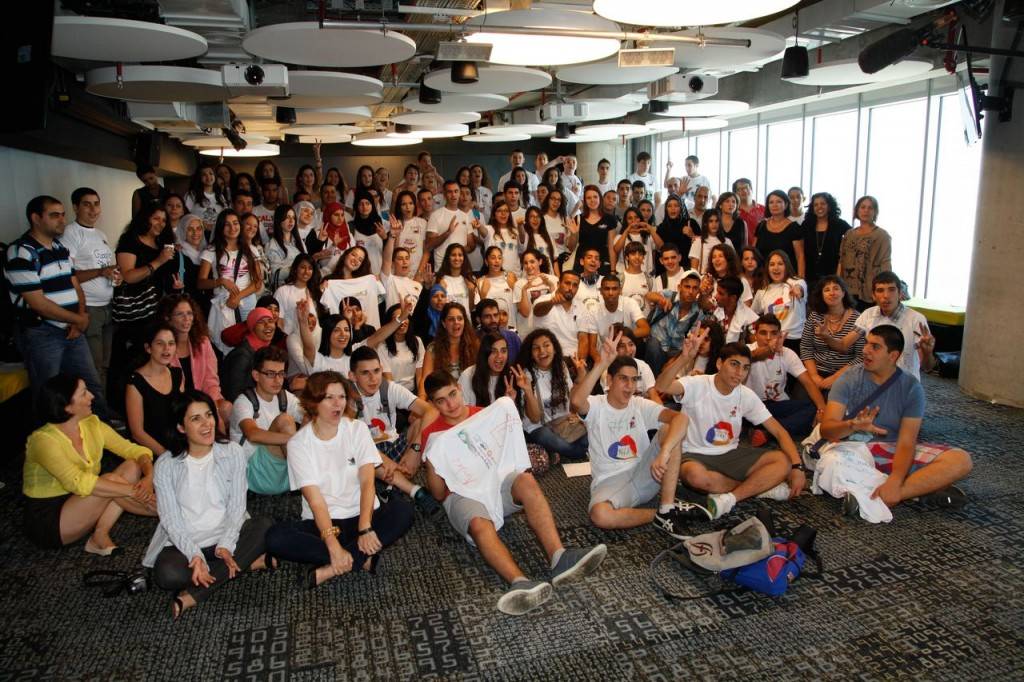