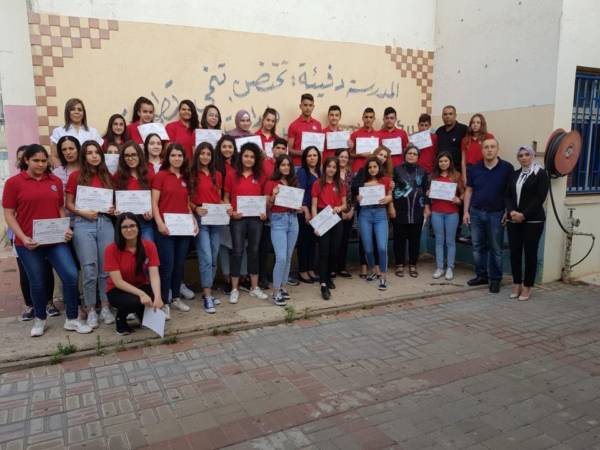 Hundreds of students of the international OSOS program, led by Sci-Tech Israel’s R&D center, stepped up to the challenge to document projects.

70 Schools in Israel are currently active in the International OSOS Program, as part of a global community of hundreds of schools around the globe, with additional schools expected to join from Israel next year.

Throughout the school year, the partners of the international OSOS program in Israel were introduced to various projects and activities. They were able to take part and lead high-quality projects, hold meetings with professional, creative and dedicated teachers, and accompany students to carry out meaningful learning with a strong connection to the community.

First place was granted to the project by students from Taha Hussein Junior-High, Sakhnin 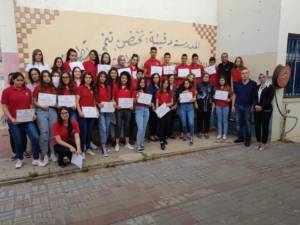 Second place was granted to the project by Magenim Elementary School students, Kiryat-Chaim 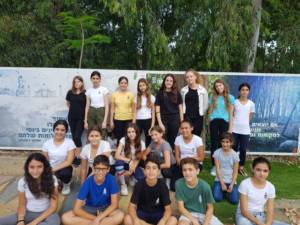 Third place was granted to the project by students from Dracha-Begin Junior-High, Gadera

An award to the school with the largest number of OSOStories, was granted to students from Shaked Elementary School, Kiryat Haim, who submitted 14 OSOStories to the competition website. The winning school will receive a designated scientific exhibit built by the Bloomfield Science Museum in Jerusalem 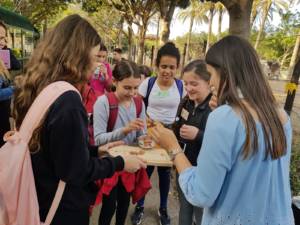 Students from Shaked Elementary School, Kiryat Haim with the most research project submissions to the international competition website

Yair Ben Horin, Director of the program in Israel on behalf of the Sci-Tech Israel Center for Research and Development: “Thank you to everyone who uploaded and submitted their project documentation to the OSOS site. This is an important contribution to the program’s community in Israel and Europe. The sharing of products by students and teachers is a significant part of creating openness in the community and allows access to anyone interested in a glimpse into what is happening in the schools and the opportunity to benefit from the accumulated knowledge and ideas. “

End of the year of activities at Sci-Tech Acco school was celebrated in the local Eshkol Hapayis – community center. This year, the Education Campus led the project in Akko, with seven more schools from the Arab and Jewish sectors in the city!

The international project, aimed to connect schools with other groups in the community, has been running for the second year now in the Akko Education Campus. Throughout 2018, the director of the Eshkol Hapayis – community center, Ms. Tzipi Rosen, led the creation of the “Shoots and Ladders” game based on a “Meet My City” theme.  This year, Seven additional schools joined the project and worked together to enrich the game with more tasks and riddles. Eshkol Hapayis – community center, hosted all the schools for a record event. The ninth graders from the Education Campus mentored and guided the dozens of students around the fun and educational scientific oriented stations.

The event and the project were held in cooperation with the Price family in memory of Elior, a member of the family. Elior, a graduate from Sci-Tech Akko, was killed in a terrorist attack in Bulgaria at the age of 26.