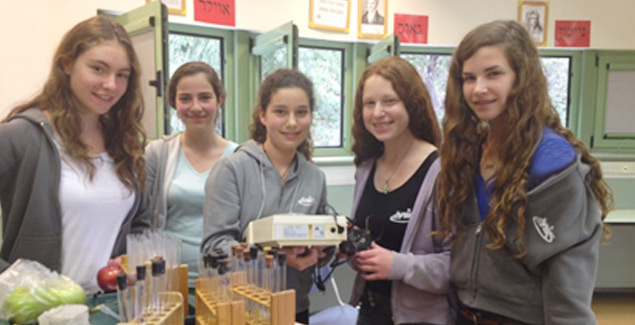 HomeBlogWinners of world’s most complicated...

HomeBlogWinners of world’s most complicated...

Winner team Greenberg Sci-Tech School in Kiryat Tivon participated in research at the International Space Station, described by the Ramon Foundation as “the largest and most complicated project ever performed by human beings.”

The all-girl team from Kiryat Tivon proudly went through to the semi-finals.

“These students will form the next generation scientific society and of the state of Israel.” Ariel Brickman, CEO of the Ramon Foundation, Israel.

Team members Leal Reisman and Vered Verdot realize their team’s contribution: their experiment examines the impact of zero-gravity space conditions on the decay of food. “The experimental results could help develop fresh food for future astronauts and assist in developing technologies on Earth,” they explained.

Their mentors were the Foundation’s experienced space scientists, satellite designers, mission managers along with their school science teachers.

Now type in ‘Ramon’ in the Search box and find our other winners.